Get the mini course: The Budget Tune-Up 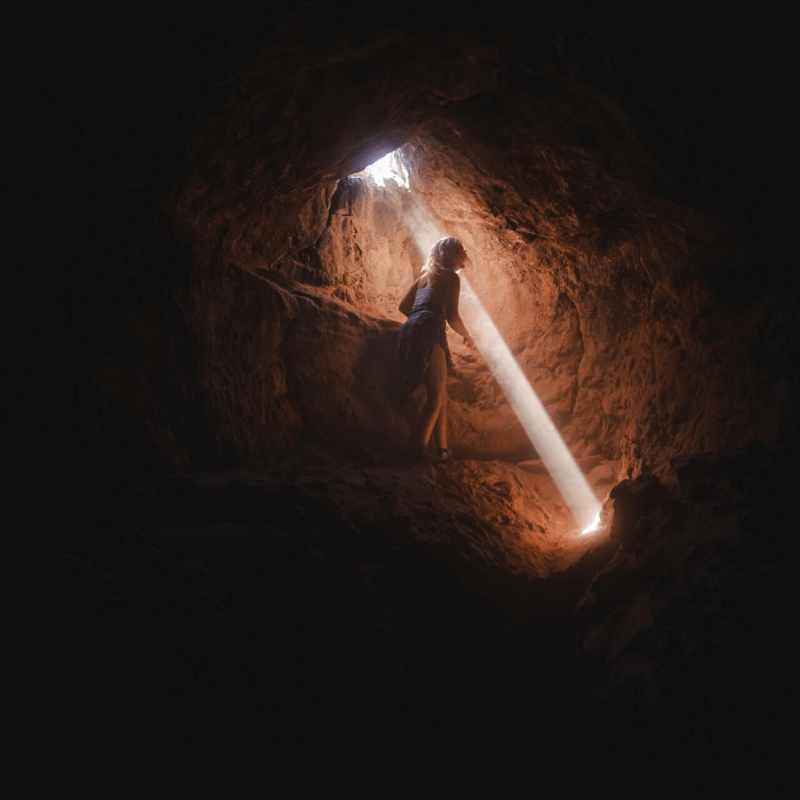 Whilst home Montana last summer, I bought a white jacket. Not just any white jacket, though. Oh ho ho, no! This jacket is the ideal white jacket. It feels like butter. It's bright white. It's super cute. It has a hood and pockets and thumbholes.

It’s my new favorite article of clothing and while I wanted to wear it every single day, I didn't wear it for at least a week, and then only in the safety of my car. Why? I don’t want to get it dirty.

I did accidentally get it dirty the other day with a smudge from recklessly carrying in a package (gasp), and it came right out with some OxiClean and Dawn dish soap.

[Sidenote: if you haven’t brought Dawn dish soap into your life and home, I’m sorry and recommend you add it to your shopping list nowish.]

Anyway, even though I’m wearing The Awesome White Jacket a bit more these days, I’ve been thinking about how this jacket situation is a lot like life.

I’ve been working a lot in the past several months on getting unstuck. One area of focus has been the life dreams that I don’t make consistent progress toward and thus don’t see realized.

Dreams like owning land in Montana, licensing my first product, polishing and releasing a book, earning my first million dollars off of a business idea.

A healthy case of perfectionism has contributed to some of the stuckness. I don’t want to do anything unless I can do it perfectly or know that it’s going to be a raging success.  Not just a success, but a raging success (whatever that means) :-)

Let's go into analogy mode. You know how I feel about those—love them. And let's start with a question: have you ever been in a cave? I’ve had 2 memorable cave experiences and because I want to, I’m going to share both with you.

And then I’ll relate it back to The White Jacket, perfectionism, and getting unstuck. And then we go our separate ways, all happy-like.

A few years ago I went to Belize. One of my favorite people in the whole world, my aunt (Tia), found out about a cave excursion and signed us up. It went something like this.

In college, friends and I went to a set of caves called the Nutty Putty caves. They have since been sealed off with the remains of a stuck spelunker inside. It’s a very sad story and one that was far from our minds when we entered it.

I don’t remember too many impressive caverns in this cave, mostly a lot of tunnels. And a lot of claustrophobia. Because, even as a relatively-thin college kid, I could barely wriggle my way through some of the tunnels we went through.

And when I say “wriggle,” I mean contort, squeeze and barely navigate through. I was on my belly with my back touching the top of the tunnel, using toeholds to advance myself. It honestly feels like a miracle that we went as deep into the cave as we did with such a large group and all emerged unscathed.

The Analogy of Living in a White Jacket

Now, as promised, back to The White Jacket. What if I’d been in one of those tunnels wearing a pretty white jacket I didn’t want to get dirty? Can you imagine how different these experiences would’ve been if I’d tried to stay clean? That would’ve changed an immersive experience (literally and figuratively) into something much different and less memorable.

My options would’ve been to either stay stuck in the tunnel, or get it dirty for the sake of making progress. In some of the Nutty Putty tunnels I literally could not have moved an inch without getting it dirty. In the Belize ATM cave I could’ve technically navigated to only get it wet and not dirty.

But that would’ve had to have been my main and consuming focus, and how lame would that have been?  I would’ve missed out on the whole experience. Trying to keep a white jacket clean in that cave would’ve been the main memory, instead of resting against cave walls, brushing up against them, taking the more adventurous routes that the guide suggested, getting muddy helping someone else off the ladder.

It would’ve been like tiptoeing through a treasure shop, trying not to touch anything and missing all the treasures around you.

It’s the opposite of intentional living to reactively spend life guessing what others will consider a flawless performance.

With money, it’s waiting for everything to be perfect before you even start to get it organized and do it differently. It’s waiting for the beginning of a new month, or a new year, or until you make more money.

It looks like a whole lot of stuck and waiting.

But waiting for what?

What adventures or progress are we missing out on because we don’t want to get the literal or figurative jacket dirty?

What are we not doing because we don’t think we can do it perfectly...yet?

What do we spend too much time doing because I think it has to be perfect?

Getting unstuck involves a healthy dose of being willing to get the figurative jacket dirty.

And then, even if it gets the jacket dirty, guess what? You have a whole lot more living to your life than just existing in a sparkly white jacket.

If you enjoyed this, you may also enjoy this related post:

Wake Up And Make A Financial Plan

A plan changes everything! My feelings of stress and guilt about my spending habits and financial picture were eliminated almost overnight when I decided to do something about them by, you guessed it, making a plan.

In this cheat sheet, you’ll get easy access to the 7 strategies that make all the difference in monthly money management you can love.
These strategies turn budgeting into something empowering, and gets you in the driver's seat of your money. All without deprivation, coupon clipping (unless you want to), or feeling guilty about your spending.
AboutBlog1:1 CoachingContactThe Magic in Your Money Course